Well, we are just ONE WEEK away from the big day and I don't know about you but I'm getting very, very excited!
It's all starting to come together, so let me give you a run down of the things you need to know. There will be another bulletin, probably Tuesday next week, with all the last minute stuff, but this is where we are now:
Really finally, I just want to say another big thank you to you all. This was a little idea of mine, but you have taken it on board and made it your own. It is far bigger and much better than I could ever have imagined. One last push and then... we're off!
Until next week, thank you and happy flashing!
Calum Kerr
Director, National Flash-Fiction Day 2012
This message was originally sent out to our mailing list. To sign up, send us an email to nationalflashfictionday@gmail.com 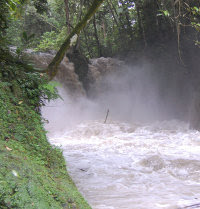 Well, I've been hinting and nudging to let you know that something new and special was on its way for National Flash-Fiction Day, and with exactly ONE WEEK TO GO, here it is!

Called FlashFlood, and inspired by the recent efforts of The 24 Project, we are launching our own pop-up journal for the day.

The rules are simple (and laid out here: http://flashfloodjournal.blogspot.co.uk/p/about.html). We're looking for your very very best flash-fictions. 500 words is the limit and we are not limiting ourselves to any genre, style or perspective. Nor are we limiting ourselves geographically, so this is open World-Wide!

There are seven editors, including myself, taking a day of the 'countdown week' each, and submissions will close at midnight on 15th/16th May, with the first story being posted simultaneously. We will then post your stories regularly throughout the 24 hours of National Flash-Fiction Day.

So, get writing, get sending, and let us have your flashes, we want to fill the day with your fictions. We want many, we want loads, we want a FlashFlood!!

Is there a magic formula for success? Probably not. But there is a theory I’ve found encouraging, which says that all you need is two out of the following three elements: talent, perseverance and luck.
As I understand it, there are only one and a half of those which an individual has any real control over. Luck is, by definition, a fortuitous chance happening, rather than something you can directly engineer. Talent is a mixed bag – you’re born with a certain amount, and the rest is about perfecting your craft.
So that leaves perseverance. Which is entirely down to you. As a writer, you need to put pen to paper, or fingertip to keyboard. Obvious, right? But how much time do you actually spend writing, as compared to tweeting about writing, blogging about writing, reading books about writing, discussing writing with your writing group, going to writing classes…
Don’t get me wrong, I’m not knocking any of these things. In fact, I’ve done them all and have found them to be incredibly useful. But what has proved most effective has been this: write and submit. It’s that simple.
In 2009, I realised that I was never actually going to write that novel I’d been talking about unless I sat down and did it. Being somewhat lacking in self-discipline, I signed up for National Novel Writing Month (NaNoWriMo) – there’s nothing like a deadline to get you moving, I find, and it doesn’t get more pressing than 50,000 words in 30 days.
Anyway, I did it (hurrah!), but once December arrived I got back into my lazy habits. I needed a regular form of discipline, a time to write and a submissions goal to achieve. That’s when I set up The Steady Table, which does nothing more than provide a regular time and place where writers can gather and get on with the business of writing. We don’t critique, we don’t complete exercises or discuss theory; we just write.
Since The Steady Table launched in January of this year, I have written countless pieces of flash fiction and longer short stories – not just on a Tuesday evening, surrounded by other furiously scribbling writers, but at other times too. Turns out, the fear of failure which so often kept me away from the page, lost its hold on me once I started squaring up to it on a regular basis.
Inspired by my increased productivity, I began submitting work… and found that suddenly I was getting my stories accepted. As well as a number of online publications, I am thrilled to have been accepted for both the Flash Fiction South West anthology, Kissing Frankenstein & Other Stories, and Jawbreakers, the NFFD anthology.
The Steady Table has given me space in which to hone my talent, it has made me persevere even when I didn’t feel like it. And with those two ingredients sorted, who needs luck?
Rin Simpson (@rinsimpson) is Bristol-based a freelance journalist and creative writer, and founder of The Steady Table writers’ group (@TheSteadyTable), which meets between 6pm and 9pm every Tuesday at The Folk House (term time) or The Watershed. For more information, please email steadytable@yahoo.co.uk.

Well, we're into May which means that National Flash-Fiction Day cannot be that far away. Two weeks, in fact! Can you believe it?
So, with it rushing closer and closer and everyone here at NFFD-Towers (that means me... plus all of you, of course. they're virtual Towers...) getting more and more excited, here's this week's roundup of what's happening and what we need you to do: 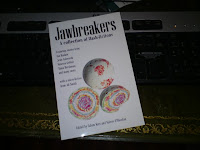 And, finally, thank you for your help and support. We're nearly there!!!
All the best
Calum Kerr
Director, National Flash-Fiction Day 2012
This message was originally sent out to our mailing list. To sign up, send us an email to nationalflashfictionday@gmail.com

Today's story from the online launch of our anthology is by Guy Ware https://t.co/GOVwBVHlYS via @YouTube
View on Twitter
4
7
National Flash Fiction Day @nationalflashfd

Today's story from the online launch of our anthology is by Chris Walters https://t.co/YWLZz0cHHU via @YouTube
View on Twitter
4
11
National Flash Fiction Day @nationalflashfd

Today's story from the online launch of our anthology is by @RachaelDunlop Rachel Dunlop https://t.co/hpwYH4GucX via @YouTube
View on Twitter
1
5
National Flash Fiction Day @nationalflashfd

Today's flash from the online launch of our anthology is by @CatherineOgston Catherine Ogston https://t.co/CrjWWOeA1A via @YouTube
View on Twitter
1
9
National Flash Fiction Day @nationalflashfd

Today's story from the online launch of our anthology 'Root, Branch, Tree' is by @theliterarypig Tracy Fells https://t.co/PKHm3kaGeE via @YouTube
View on Twitter
1
9